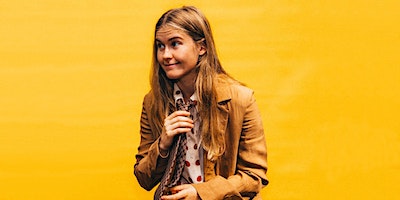 Message from the promoter:

With today's updated government regulations banning non-essential gatherings of 100 or more, unfortunately Alex The Astronaut will have to cancel her April national tour dates with rescheduled dates to be advised. Refunds can be obtained at point of purchase. Thank you for your support and understanding.

Following the release of the widely-praised single “I Think You”re Great” in January, Sydney-born singer, songwriter and storyteller ALEX THE ASTRONAUT readies her new band of space cadets for a string of Australian headline tour dates in Hobart, Launceston, Melbourne, Fremantle, Adelaide and Sydney this April.

The tour dates follow the release of ‘I Think You’re Great’, Alex’s latest single, which pays tribute to a cherished friend in her life. The track was co-produced by Sam Cromack and Daniel Hanson of Ball Park Music and is about the importance of checking in on each other, opening up conversations and supporting friends through thick and thin.

Premiering on triple j, ‘I Think You’re Great’ was added to full rotation and went on to receive support and praise from The Guardian, Junkee, NME, Music Feeds, Brooklyn Vegan and Refinery29, among others. The track has also been championed by Apple Music and Spotify across various playlists.

Alex heads to the US this March for SXSW and a run of dates with Nettwerk labelmates Jack River and Didirri. She will then return home to play the 'I Think You’re Great tour' before heading to Byron Bay for Splendour in the Grass in July.