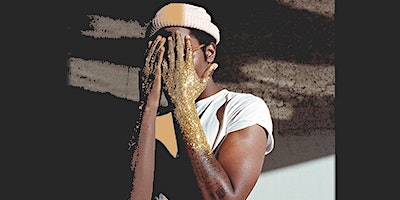 Message from the promoter:

Following the news of Groovin' The Moo's cancellation, Frontier Touring, Illusive Presents and I OH YOU regret to advise that Channel Tres and Bhad Bhabie's sideshows are cancelled.

Frontier Touring, Illusive Presents and I OH YOU sincerely apologise to all those affected by these cancellations. Existing ticket holders are entitled to a refund, please visit frontiertouring.com/channeltres or frontiertouring.com/bhadbhabie for show-specific refund information.

Frontier Touring and I OH YOU are thrilled to announce today that for the third consecutive year, Compton-born artist Channel Tres will return to Australia this April-May, performing four sweaty headline shows in Perth, Melbourne, Brisbane and Sydney. While in the country, he’ll also hit the stage nationally with Groovin The Moo festival.

2020 is shaping up to be a huge year for the artist, with Channel heading to Australia fresh off the back of his highly-anticipated set in the Californian desert at Coachella 2020. His last tour down under went ballistic; just watch this footage out of Melbourne!

‘True to form, the production is tight, the delivery executed with flair and for Channel Tres, it’s an indicator of a powerful musical presence continuing to grow.’ – Music Feeds

‘Channel Tres made sure that his second visit to Australia within nine months was one that fans would remember, ripping through a run of exceptional tracks.’ – Tone Deaf

Also booked for Manchester’s Parklife in June and Melt! in Germany in July, first up Channel will head down under for four killer shows: Mojos Bar in Perth on Wednesday 29 April; Melbourne’s The Corner Hotel on Friday 1 May; Brisbane’s Outpost on Tuesday 5 May; followed by Sydney’s Oxford Art Factory on Thursday 7 May. Tickets are on sale Friday 28 February via frontiertouring.com/channeltres.

Name-checked by the likes of Sir Elton John, Anderson .Paak, Disclosure, Mark Ronson, Robyn and Childish Gambino, Channel first broke into the LA rap scene back in 2018 with his debut single ‘Controller’. Praised by Pitchfork as his ‘commanding first impression’, ‘Controller’ has amassed more than 60 million combined streams to date.

2019 saw Channel take his mesmerising mix of music, movement and energy to the world’s most elite festivals including Primavera Sound, Movement, and Splendour in the Grass - blowing the roof off three headline AU/NZ shows while in town - and finished the year off joining Toro Y Moi for a stellar 11-city tour across North America.

Along the way Channel has been profiled by FADER and befriended, remixed and collaborated with a who’s-who of chart-toppers including English singer-songwriter James Blake; King Princess (check out track ‘Hit The Back’ released last month); the first official remix for Tyler, The Creator (the epic ‘EARFQUAKE’) and peers Baauer and Danny Brown (who he collaborated with on single ‘READY TO GO’). Between all this, he also released the excellent Black Moses EP.

With the likes of Pitchfork, NPR, Gorilla vs. Bear, triple j, BBC Radio 1, Beats1 and KCRW lining up as early champions, find out just why Channel Tres is the name on everyone’s lips when he hits our shores again in April-May!