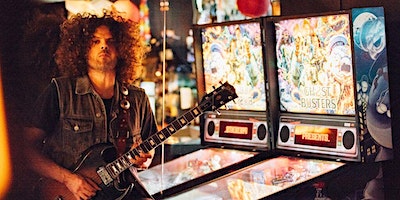 Having spent the majority of their career (& much of 2019) touring & selling out theatres, stadiums & festivals throughout the world including North & South America,

Europe, the UK & Scandinavia, Wolfmother announce their return to New Zealand in 2020 for festival performances alongside of shows in Australia including Sydney’s famed Twilight At Taronga Zoo series.

Led by vocalist/guitarist Andrew Stockdale, Wolfmother have amassed a international fanbase, played to packed-house crowds around the world, delivered show-stealing sets at star-studded festivals like Coachella, Lollapalooza, Reading, Rock In Rio, Download & more, and have been invited to share stages with rock icons Aerosmith, AC/DC, Guns N Roses & many more - including performing by personal invitation for Led Zeppelin's induction into the UK Music Hall of Fame! Recently Wolfmother also graced the stages of major Australian Festivals, Splendour In The Grass, Scene & Heard and Falls Festivals.