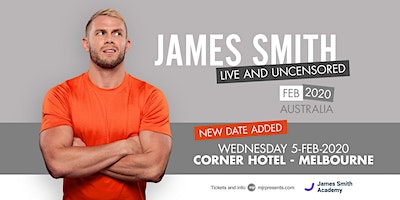 Opinionated, blunt and often described as the ‘Gordon Ramsay of the fitness world’, personal trainer and self-proclaimed disrupter of the fitness industry James Smith is far removed from the squeaky clean, evenly rounded fitness models seen in instagram feeds around the world.

He’s the blunt, no-BS media star turning the entire fitness world on its head, calling out liars and putting facts first, and now he’s heading around Australia to shed a light fitness truths and industry lies, alongside the release of his debut book ‘Not A Diet Book’, scheduled for January 2020.