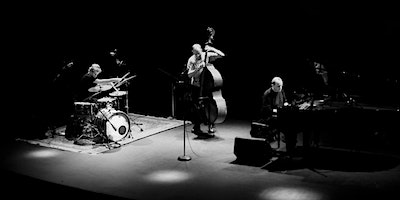 Revered Australian instrumental trio The Necks announce the release of their 21st album Three and a massive Australian tour in February including two nights at Melbourne's Corner Hotel.

For 31 years The Necks have been mesmerising fans live and on record with their unique brand of slow-burn alchemy. Masters of their own musical language of long-form improvisation, each night they step onto the stage not knowing what they will play – they and the audience will go on a sonic journey that is created in the moment and in that room. The almost telepathic rapport between Chris Abrahams (piano), Lloyd Swanton (bass) and Tony Buck (drums/percussion) creates ‘…one of the greatest musical experiences currently available on the planet.’ (The New York Times).

Three will be released 3 February, 2020 in Australia, and was engineered by Tim Whitten. Three was recorded at Studios 301 Sydney, mixed at Forbes St Sydney, and mastered in Berlin by Doug Henderson. The Necks tour Australia throughout February before embarking on a US tour.

Catch Australia’s masters in resonance while you can! Tickets for all performances selling quickly.