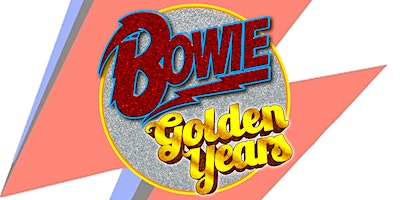 Following BOWIE: GOLDEN YEARS debut SOLD OUT show at the CORNER HOTEL in 2019, it seemed only right this become an annual celebration paying homage to the iconic music of rock and roll legend, DAVID BOWIE.

"There (is) an amazing chemistry with these guys...they play as one (and) sound like a band who has played together for years, The songs are solid." - Paul Cashmere (Noise 11 )

BOWIE: GOLDEN YEARS on Friday 10 January 2020, will mark the fourth anniversary of Bowie’s passing. This will not be a night for melancholy though, instead, THE CORNER HOTEL in Richmond will be pumping in a triumphant celebration of Bowie’s epic career spanning music.