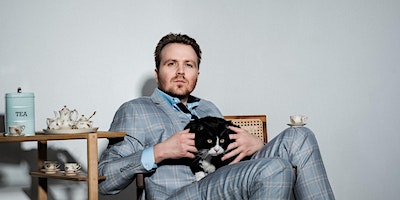 Please note: This show will be fully seated. All seats are general admission

Gareth Reynolds, Arrested Development writer and one-half of the smash-hit podcast THE DOLLOP, is making his solo stand-up debut in Australia this January with his brilliantly clever quips.

Originally hailing from the sweet streets of Milwaukee, Wisconsin; Gareth moved to Los Angeles where he began producing and writing his own material, eventually making shows at COMEDY CENTRAL, the TRAVEL CHANNEL, and MTV.

He also has a cat named Jose.