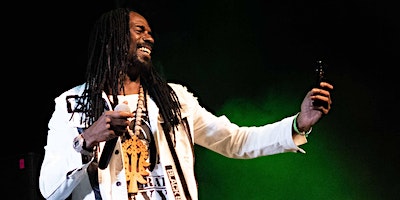 Serving his apprenticeship on the local sound system circuit in the mid to late 80,s then graduating to become a professional recording artist in the early 90,s releasing various reggae dancehall top ten records also an award winning album feat hits such as Heat, breeze, the wig, Champagne body, for fashion records, but His appearance in 1994 on the first jungle anthem the top the Uk mainstream Charts was the track “Incredible”. produced by M-Beat for an Independent jungle label, Renk Records.

This kickstarted a Mainstream career that has seen his Music feat in Cult movies like Ali G in da house, bringing the General levy to new audiences the worldwide,seeing continued popularity to this day and marking its 25th anniversary in 2019