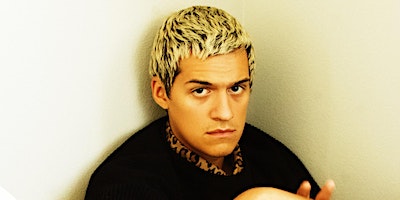 Omar Apollo is heading to Australia for the very first time. In addition to the already announced Laneway Festival dates, Omar Apollo has announced his debut headline shows in Sydney and Melbourne, presented by Astral People, Handsome Tours and Laneway Presents. Support will come from the 19-year old R&B singer/producer, Stevan.

Omar Apollo is also excited to share new music. Today, he shares his Spanish debut ‘Frío’ produced by Omar himself and Kenny Beats. Although the Mexican-American artist has sung in Spanish before, the new track is the first entirely in his native language and the first specifically steeped in Latin culture - fusing his signature heart-wrenching R&B with a sultry dembow rhythm. The result is an infectious anthem simultaneously fit for dancing at the club or crying in the bedroom.

After introducing himself in 2018 with his critically-acclaimed debut EP Stereo, Omar has continued to ascend as an undeniable talent to watch. Pitchfork recently featuring him as a Rising artist and Youtube announcing him as part of this year's Foundry international artist development program, with past alumni including Cuco, ROSALÍA, Gunna, Chloe X Halle, and Dua Lipa. From working at McDonalds and surfing Soundcloud in his spare time to releasing his first EP in two languages and attracting rave reviews from Pitchfork to The Fader, he’s had a big two years.