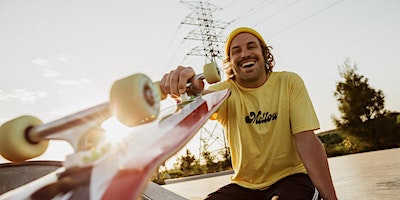 THE BEAUTIFUL GIRLS 10pm til 12am+

To celebrate 20 years of the band, singer, songwriter and guitarist, Mat McHugh of The Beautiful Girls, has pulled together his favourite tracks from all five albums, as well as the debut EP, thrown in an acoustic version of the 2018 single, ‘Beautiful World’, and released it as a vinyl double-LP!

So, what do you do when you release an album like Seaside Highlife, Greatest Hits Volume I ? You take it to the people, large as life and twice as much fun. The band will be performing the complete album in order, and adding in some songs off other records every night.

The Beautiful Girls are bringing out an expanded six-piece lineup – guitar, bass, drums, keyboards, horn section. "We’ve kept it back the past couple of years and done it as a three-piece but a lot of this music has a lot of detail and a lot of layers to it, from We’re Already Gone onwards – there are keyboards and horn sections – so I’m excited to put that whole arc from the beginning to the end of the record, to try and cover that in a live set." - Mat McHugh.