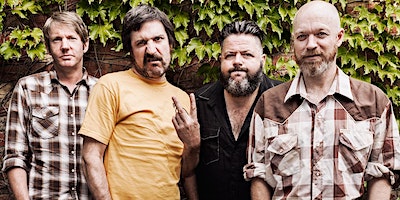 THE CHIKO MOLLS DJs BETWEEN & AFTER SETS

To hail 25 years since the release of their influential LP 10% Weird and a whopping 30 years as a band, Australian punk titans The Meanies are chucking a monster matinee Cup Day gig at The Corner with Civic, Dicklord, Disco Junk and Guest DJs The Chiko Molls. $30-for-30-years early bird tickets available now till September 10.

To hail 25 years since the release of their influential LP 10% Weird and a whopping 30 years as a band, Australian punk titans The Meanies have summoned the band back into Australia from all over the world to embark on a huge national tour, bringing acts like Tumbleweed, Civic, Glitoris and Dicklord along for the ride.

Treating punters to a live set stacked with tunes from their hefty back catalogue, the tour will kick off with a matinee show on Cup Day, Tuesday November 5 at the Corner, before zigzagging across Australia, playing shows in Castlemaine, NSW, South Australia, Queensland and Western Australia.

It was May 1989 when The Meanies first moved their music out of their rehearsal space and onto the stage, and fast became notorious as the most unruly and savage punk act the country had seen. Countless live shows saw the band cultivate a formidable local following and play with a veritable stack of international heavyweights, like Nirvana, Pearl Jam, Bad Brains and Beastie Boys, to name a few.

Five years later and 10% Weird belted through the punk-rock stratosphere and into the laps of punk fans across the country. Released via Au Go Go, Munster Records (ES), Subway Records (DE) and Frontier Records (USA), the LP has long been regarded as the band’s magnum opus, an album symbolic of Melbourne’s chaotic beer-drenched punk-rock scene of the time and a record cited by countless bands as a major influence.

Fast-forward to 2019, and the band have flown into the country from all over the world to celebrate 30 years of recklessness, broken bones, excessive boozing and busted eardrums.