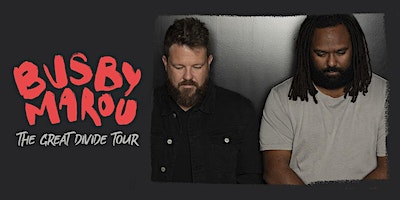 The APRA Award-winning duo will kick off their twelve date tour in Brisbane on Friday 25 October before embarking on a month’s journey across the country, stopping at locations in QLD, NSW, VIC, SA and WA, including a host of regional shows. Their final show will take place in Townsville on Saturday 23 November. The duo will be accompanied nationally by Byron Bay musician Bobby Alu and in Cairns by Leanne Tennant.

This upcoming tour follows the momentum of a huge past year of summer performances and new songwriting material from Tom Busby (hailing from Queensland, Australia) and Jeremy Marou (from the beautiful Torres Strait Islands). The duo rounded off 2018 with their biggest ever headline show, playing to over 3,000 people at their own One Hot Night festival in Rockhampton, QLD. 2019 began with the recording of their fourth studio album The Great Divide with producer Oscar Dawson (Holy Holy), with whom they had an immediate and compelling connection. The album which was born as a result is a powerful chapter in the story of two men from two very different worlds, on the same journey and having reached a new level of maturity.

The duo said of the new album,

“The Great Divide is not about division or adversaries. It's about recognising that we all have a different account of events in our own lives and celebrating how those differences combine to create a unique and colourful story. Without our great divide, there is no Busby Marou story”.