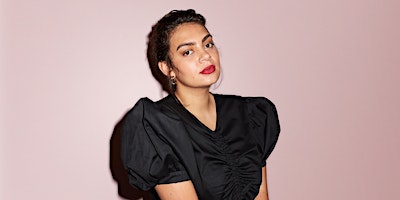 3RD SHOW DUE TO POPULAR DEMAND

Thelma Plum is a Gamilaroi woman who likes to sing and play, and now finally and for the first time she will get to do that on a national album tour.

The Better in Blak album tour has been a long time coming but Thelma and her band are beside themselves at the prospect of trip around the country showcasing what Thelma has been working on for so long.

Thelma says: “It’s been a little while since I have been on the road for my own solo shows and I’m really excited to bring these songs to life and to perform them live. Playing Groovin’ The Moo recently I was only playing the singles that have already been released so I’m really happy to open up the rest of the album and get these songs out there.”

‘Better In Blak’ sees Thelma at her absolute song-writing best, with help from regular collaborator Alex Burnett (Anthony & Cleopatra, Sparkadia) and, amongst others, Dave Le’aupepe from Gang of Youths.

Having toured this year with Groovin’ The Moo and with an upcoming appearance at Splendour in The Grass Thelma Plum’s in for a massive year and this album and tour will solidify her as one of the country’s brightest indie song-writing talents. Don’t miss these shows!