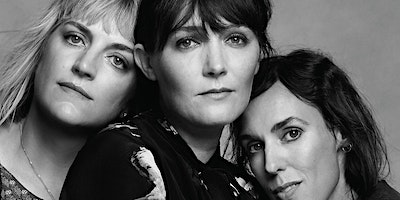 Accompanying news of the album comes the release of the title track and second single ‘Wild Seeds’. The song is an exhilarating departure from the band’s indie-folk roots, here Blasko, Seltmann and Throsby embrace drama and pathos with an uninhibited performance of soaring vocals and three-part harmonies inspired by the joy and turmoil of youth.

The theatrics of the single were captured in an extraordinary video which features a captivating performance by Yael Stone – star of Netflix’s TV international hit series Orange Is The New Black. The video sees the band working again with award-winning director Natalie Van Den Dungen, who was behind the iconic video for ‘Let It Out’ which featured Magda Szubanski.

“It is such an honour for us to have Yael Stone performing our song ‘Wild Seeds’ in this video,” said the band in a statement. “She is an actor – and a person – of integrity, honesty and strength. The song is about the wildness of youth, and Yael’s performance is both wild and intense, as well as darkly hilarious. We watch her in awe.”

“Wild Seeds is our second album as Seeker Lover Keeper. This time around we decided to co-write all of the songs together, throwing ideas back and fourth in Holly’s small studio, and sitting side by side at the piano in Sarah’s cosy lounge room. Sonically, we went for simplicity. Melodically, we favoured call-and-answer backing vocals that weave through melodies, carrying lyrics about the need for solitude, the wildness of youth, friendship, being true to yourself, and embracing the present moment.”

To celebrate the release of their new album, Seeker Lover Keeper will hit the road with their live band for an extensive national tour in September/October. Tickets for The Wild Seeds Tour go on sale Monday 24 June via www.seekerloverkeeper.com.au/shows.