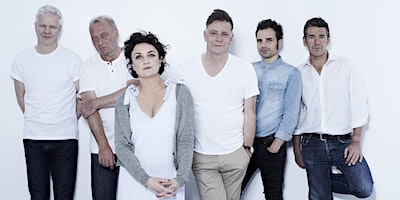 Deacon Blue return to Australia for the first time in 30 years, fittingly to celebrate their 30th Anniversary, a tour which started in 2018 and has seen them play their biggest ever headline show in Glasgow to over 12,000 people.

Deacon Blue are one of Scotland’s most famous and successful bands, from their million selling debut album ‘Raintown’ (with classic singles ‘Dignity’ & ‘Chocolate Girl’), and follow up, the chart topping ‘When The World Knows Your Name’ (featuring ‘Real Gone Kid’, ‘Queen of the New Year’ and ‘Fergus Sings the Blues’), through to 2016’s ‘Believers’, their highest charting album in 22 years, Deacon Blue are consistently one of the most respected and best loved bands of their generation.