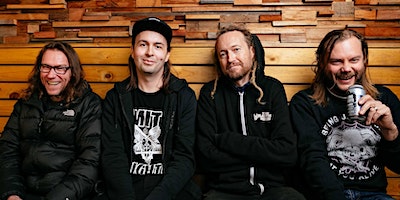 Australia's favourite winter warmers Frenzal Rhomb are getting around some of the nation's kinda-hot-but-not-too-toasty spots this year.

Kicking off right between the party towns of Caloundra and Redcliffe in the sleepy seaside hamlet of Sandstone Point for the Spring Loaded festival, making their way through another 4 tepid towns: Adelaide, Sydney (remember Sydney?!), Maroochydore and Brisbane, finally having a sleepover at Lindsay’s leafy suburban doomsday prep bunker when they play Yours & Owls Festival in Wollongong, before heading south to Melbourne and the Mornington Peninsula. Come along and get warm, but not too warm.