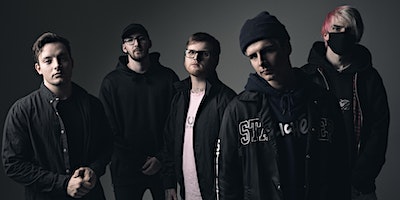 The showcase will be headlined by one of Australia's heaviest exports, and a band that truly has helped Greyscale Records grow at such a dramatic rate, Melbourne metalcore outfit Alpha Wolf. Fresh off their completely sold out Australian tour, and before they leave the country for a huge run of shows through Asia, the five piece will bring their riff-heavy mosh tracks to The Corner as we wish them bon voyage. New Zealand Hardcore stalwarts Antagonist A.D will lock horns with Greyscale's latest signing Gravemind whose debut album Conduit is fast approaching. After teasing us with a new song at their recent AM/PM headlining run Aburden will bring the melody to the evening, and Deadlights, rolling in from their Australian tour for their latest single Bathed In Venom, will show you exactly why they are one of the most talked about bands in the Australian alternative scene. In between sets we will also be treated to acoustic performances by Josh Walker of Stuck Out, and Matthew Doherty of Our Past Days.