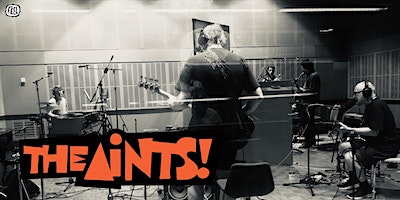 Formed in 2017 The Aints! original brief was to recreate the sound and energy of The Saints, the band co-founded by Kuepper in 1973, as they celebrated 40 years since the release of that band's groundbreaking debut (I’m) Stranded in 1977. With such talent at play though, it wasn’t long before this inspired five piece created material of their own. An album The Church of Simultaneous Existence, comprised entirely of Kuepper originals written in the period 1969-1978, was was released internationally to much fanfare and was a hit with fans and critics alike.

To celebrate the imminent release of 5-6-7-8-9 The Aints! will hit the road this June for shows both city and regional. For select appearances The Aints! will perform two sets while others will feature Kuepper performing under the non-de-plume 'Colonel Kramer' appearing as a duo with The Aints! brass arranger Eamon Dilworth and his One Man Brass Ensemble.