THY ART IS MURDER (single tour) 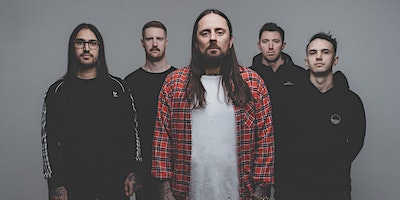 JUSTICE FOR THE DAMNED 10.30pm

Australia’s purveyors of extreme metal, Thy Art Is Murder, have announced plans to bulldoze down the east coast in July. The Life In The Crosshairs shows are their first headline dates on home turf since early-2018 and a mere pit stop between bouts of global domination.

Since the release of cataclysmic album Dear Desolation (2017), Thy Art Is Murder have continued their exceptional trajectory worldwide. Upon release, Dear Desolation’s all-out misanthropic warfare disrupted the ARIA chart at #5 and cemented them as one of the most unrelenting forces in extreme music. Extensive tours of the US and Europe followed, including a very special support slot for Parkway Drive at the iconic Alexandra Palace in London in front of 10,000 metal heads.

Recently spied in Australia at Download Festival, inciting the wildest circle pit ever seen on the continent, their upcoming tour will serve as a formal introduction to their newest member Jesse Beahler, who has officially taken over the drum kit from long standing member Lee Stanton. Having spent the past four years as a part time member stepping in for Lee, Jesse is no stranger to Thy Art Is Murder Audiences. A long-time friend of the band and one of the best drummers in modern metal, Jesse’s work can be heard on The Depression Sessions, as well as their forthcoming album.

On the international front, Thy Art Is Murder just wrapped up their first visit to the Philippines, debuting their pulverising death metal to an entirely new audience at Pulp Summer Slam. Next on the agenda is a lap around the US with Architects. After they wrap their Australian tour dates, the band will return to Europe for the summer festival circuit, including their first ever appearance at heavy metal holy grail Wacken Festival.

With a new album on the horizon, Thy Art Is Murder will continue to claw and spit in the faces of everyone who tries to stand in their way. Don’t miss the chance to witness Australia’s most successful extreme metal export on the stage where they reign supreme. If history is any indication, these tickets will sell out.