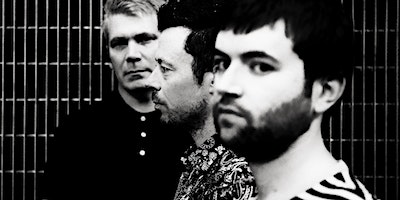 Ara Koufax before and between sets

Melbourne electronic rocksters, Black Cab launch the first two singles from their forthcoming new album at the Corner Hotel Sat May 11th. The first single 'Take it' was released February. This show will be their first since their sold-out NSC show in December.

Drummer Wes Holland will be jetting in from London and there will be lasers as well as the usual visual feat one has come to expect at a Black cab show. The band will also be releasing a special tenth anniversary vinyl issue of their 2009 AMP shortlisted album, Call Signs. Get on it.