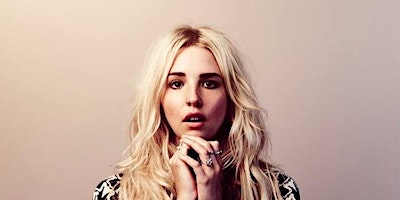 East London’s indie-pop darling LAUREL has announced a debut tour of Australia with two headline shows in Melbourne and Sydney this May, bringing her triple j album of the week “Dogviolet” to Australian fans with two cosy, intimate performances.

Following on from a huge couple of years, Laurel’s finally headed to Australia. Her debut album “Dogviolet” was released in August of last year to critical response with the Independent calling it a work of “spine-tingling, attention-grabbing chamber pop”, likened to Beach House, Florence & The Machine and CHVRCHES. Without glossing over imperfections, driven by her personal lyrics and stirring melodies, “Dogviolet” is the deeply personal exploration of the bittersweet feeling of love, leading with the single ‘Lovesick’.

In an interview with Pilerats last year Laurel hinted at plans for an Australian visit in the first half of this year – and we’re stoked to finally welcome her down under. Now’s the time to get around her emotive vocals, playful guitar melodies and hypnotic pop – tickets are expected to go fast!

“Sublime and raw, Laurel is on the rise.” – triple j