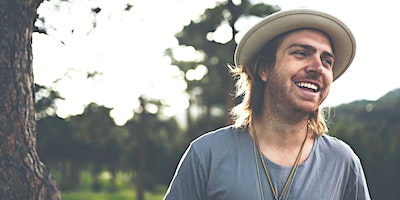 Trevor Hall is renowned for his emotionally moving and inspiring live shows which have a clear linear pattern of storytelling, particularly noting sentiments of love. His unique ability to mix and match different types of styles so effortlessly is a highlight of Hall’s live performance.

Hall’s latest major album release, THE FRUITFUL DARKNESS, topped the charts at 4 on the iTunes Alternative Albums charts. His first independent musical release, the Kickstarter campaign, supported by his fans whom he calls The Villagers, became the 1 Music campaign of its kind in 2017 - after a decade plus of recording for established labels such as Geffen and Vanguard.

Check out the live video for What I know here