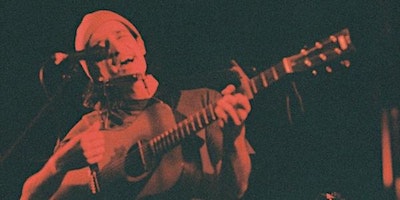 This will be their first trip over east since two packed out BIGSOUND showcases and a number of successful tours in 2019. Despite being a strange time, the COVID-19 break hasn't slowed them down. After finishing their second EP, releasing it to sold out crowd of 500 revellers, winning multiple WAM Song Of The Year awards and being featured on rage, the Chooks returned to what they know best - playing huge sing along shows around Boorloo / Perth.

Most recently, they hosted their first Jamboree event - an in-the-round celebration of poets, bands, markets, ambient sound zones and more. The event was a huge success and offered a notably refreshing approach to live music in this new boxed up world.

Don't miss out as Jack Davies and the Bush Chooks bring some of that magic across to the east coast. Expect there to be yells n’ cries n’ rambles n’ smiles! Please note, aggression, discrimination or sexual harassment of any kind will not be tolerated at our shows. If someone is being a creep, aggressive, or just generally making you feel unsafe, please find a band member or a member of staff and we will ensure to have them swiftly removed. Your safety is our priority.

We would like to recognise that we are living on stolen land. We acknowledge the traditional custodians of the land on which this event will be held, and pay our respects to their elders both past and present. Always was, always will be.