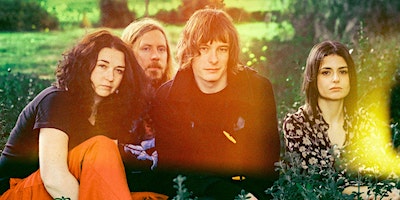 Australian quartet Flyying Colours are set to make a storming return in 2020 with their second album ‘Fantasy Country’, and have

They’ve received heavy rotation on radio stations worldwide, including KEXP, BBC 6Music, JJJ, RRR and FBi. They hit #47 on the

CMJ Radio top 200 in the states, sat in the UK’s Amazing Radio charts for weeks, and have been championed by NME, The 405,

completion. Slaving over guitar sounds and taking time to experiment with new techniques and effects above a shopfront on Sydney

Road, they worked to create just the right tone for their anticipated follow-up.

“I feel like you can hear the welcome struggle in the songs sometimes” we’re told, “but that could just be me”.