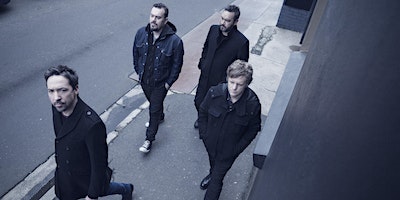 Shihad was formed in 1988 with Jon Toogood, Tom Larkin, Phil Knight and Karl Kippenberger and have released nine studio albums, won countless awards and accolades, and are known for being one of the greatest live bands to ever come out of Aotearoa New Zealand.

In 1998 after gaining new management, Shihad returned to the studio to record the BLUE LIGHT DISCO EP with adventurous Australian producer Magoo and permanently relocated to Melbourne. Shihad then headed to Vancouver, a city known for producing many a top USA rock album (Metallica, Motley Crue etc.). Working with legends GGGarth producing, and Randy Staub mixing, Shihad worked in an environment that was second-to-none and created an album that was a winner with NZ and Australian music buyers.

Shihad did a Vancouver revamp on ‘Bitter’ B-side ‘Just Like Everybody Else’ (1995) and ‘Wait And See’ (1998) but it would be ‘My Mind’s Sedate’ ‘The General Electric’ and ‘Pacifier’ that would score big time with rock fans and become some of their most enduring songs.