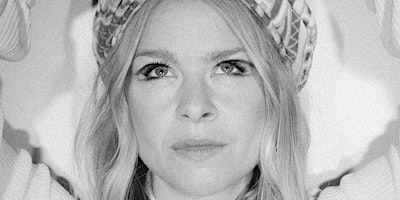 Leah Senior silences audiences with her ethereal vocals and unique lyricism. Leah Senior and her band will be performing at The Corner Hotel on the 21st of January, showcasing new songs and featuring material off her latest album The Passing Scene. Hailed by critics as a divine masterpiece, The Passing Scene is a charming expansion on her previous two records lilting between spring time baroquepop and 70s folk. The Passing Scene effortlessly weaves together themes of impermanence, the natural world, loss and ultimately hope.

“This is a wonderful record that has been thought about in high detail and executed with an immaculate, artistic sensibility from start to finish. The songs present on The Passing Scene are timeless. 9.5/10” Beat Magazine.

A chance late night encounter with King Gizzard and The Lizard Wizard saw Leah Senior joining their independent label Flightless to release her three albums Summer’s On The Ground, Pretty Faces and most recently The Passing Scene. Senior’s distinctive voice featured on King Gizzard's apocalyptic album Murder of The Universe, as the omnipresent female narrator. Early 2020, Senior joined members of King Gizzard & The Lizard Wizard to rewrite the soundtrack for cult classic “Suspiria”.

Leah’s captivating live performances have seen her supporting international artists including Calexico, Jeff Tweedy, Jessica Pratt and Bedouine. When performing, Leah is joined by a full band creating a tapestry of ethereal harmonies and jangle. Leah has performed extensively throughout Australia and Europe, playing at festivals including Golden Plains, Boogie, Queenscliff Music Festival and OOAM (Switzerland). Early 2019 saw Leah embark on her first headline European tour. In 2021 Leah will be joining King Gizzard & The Lizard Wizard for their upcoming tour of America and Canada.