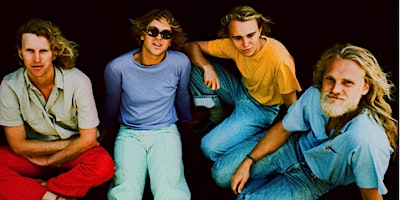 After releasing three great albums in three years and circumnavigating the world five times to perform those records, Babe Rainbow took a creative pause at the end of 2019 in the Topanga Canyon haven of OC born record producer Kyle Mullarky who had almost single-handedly fashioned the West Coast psyche rock sound with Allah-lahs, Tomorrows Tulips, The Growlers. The band arrived back in Australia with a bunch of new inspirations from those sessions before mother natured flexed her muscle and all the world took a moment. In the Babe Rainbow camp the arrival of baby Rainbows Dorothy, Jilli May and Sandy added to their creative inspiration and soon the band returned to the familiar surrounds of the Music Farm with producer Wayne Connolly. With time no longer rushed, the band were able to shape those earlier ideas into a new album, more realised lyrically and stylistically than anything they have done prior. With the first double A side single of 'Zeitgeist' and 'The Wind' just released into the world, and the good times of the Australian summer returning, Babe Rainbow are heading back out on the road for a run through the big cities in February. Join the rainbow!