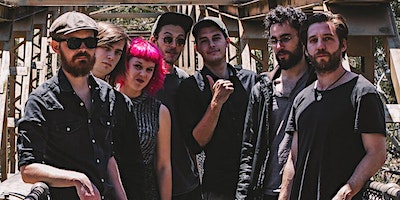 7-piece heavy-groove combo The Seven Ups are back and launching the first single from their upcoming fourth studio album. The new track "Abode of the Clouds" leans on the darker side of funk with a mean edge. To celebrate the release the band will be playing a set featuring a host of new tracks along with a few oldies. Support on the night comes from local psych-trio, Buried Feather.