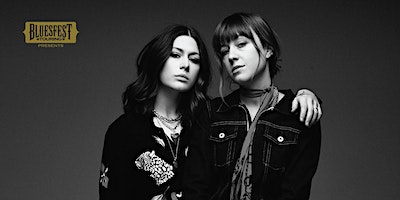 After a sell-out run in 2019, blues sisters Larkin Poe are back to play even bigger venues in both Melbourne and Sydney. Taking a modern interpretation on traditional blues music, Larkin Poe create a unique brand of gritty, southern-fried blues, roots ‘n’ roll. Their performances that have garnered plenty of high-profile admirers such as Elvis Costello, Keith Urban, Bob Seger and Russell Crowe.

In the extraordinary year that was 2020, Larkin Poe continued to be extraordinary, winning wide acclaim and releasing not one, but two albums: ‘Self Made Man’ in June and ‘Kindred Spirits’ in November.