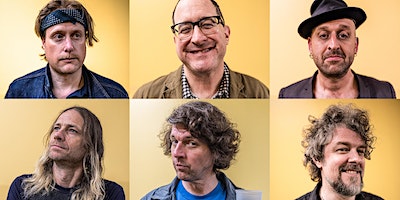 Due to demand THE HOLD STEADY are thrilled to announce a third and final show as part of their ‘Boys And Girls Down Under’ weekend on Sunday 24th May at the Corner Hotel, Melbourne. The third show ‘People’s Choice’ will allow fans to help curate the THE HOLD STEADY’S set list.

For the first time in almost a decade, THE HOLD STEADY are returning to Australia for Boys And Girls Down Under — a weekend of exclusive performances in Melbourne!

On the 2020 return to Australia, THE HOLD STEADY’S lead singer and guitarist Craig Finn said, “Some of the band’s favorite memories are from our three Australian tours, and we’re excited to share old and new music with the fans down there. It will be our first Australian shows with the current six piece lineup, which is the best THS yet.”

Earlier this year, THE HOLD STEADY released their seventh studio album, Thrashing Thru The Passion, a collection of five brand new songs and five songs released digitally between November 2017 and March 2019. It was the band’s first album in five years and has earned accolades across the media landscape.