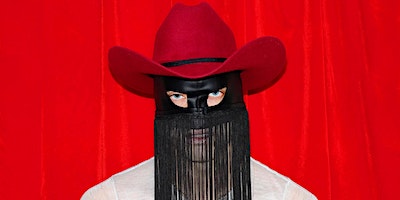 Having recently announced his debut tour of Australia and New Zealand, enigmatic country star ORVILLE PECK has announced an upgrade for his Melbourne show due to overwhelming demand. Fans in Melbourne will now be able to catch Orville and his bandmates at the Corner Hotel on Thursday, January 16 (no change of date)..

Tickets purchased for Howler are now valid for the Corner Hotel without the need for exchange.

His debut album Pony features the official videos and singles “Dead of Night,” “Turn to Hate,” “Big Sky,” “Hope To Die” and “Buffalo Run,” and was produced by Orville Peck.

“It’s a country record, built out of broken-glass heartbreak, tearful melodies, and sweeping, deserted drama, wandering from one blackened torch song to the next.” “Peck sings about longing, meanness, and impossible loneliness in a harrowing baritone.” “[a] stunning debut album” – The FADER