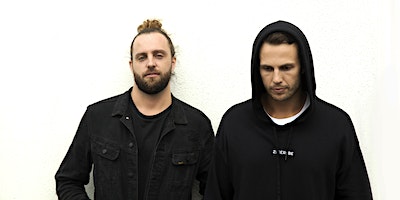 TICKETS AVAILABLE AT THE DOOR $35

2ND SHOW DUE TO POPULAR DEMAND

The road is the spiritual and literal home for BOO Seeka with the pair of dream-tronic beatmakers in the midst of one tour and today announcing another - this time in support of fiery forthcoming single 'Millennium Drive'.

Releasing soon, 'Millennium Drive' is arguably the most galvanising release from the duo so far and marks a lively follow up to album teaser track 'Rush'.

With an infectious live show that brings out an explosive energy impossible to replicate on record, BOO Seeka are ready to test-drive upcoming releases on new audiences across the nation. Taking 'Millennium Drive' for a spin, they'll hit eleven locations in June and July ahead of the release of their second album - the follow up to 2017's hugely successful Never Too Soon.

The band's debut record Never Too Soon placed at 1 on the Australian iTunes Album Charts on the day of release, was triple j Feature Album, and debuted at 8 on the first week ARIA Album Charts - all this led to a series of sold out tours and spontaneous crowd singalongs at shows around the world.

Recently surpassing 50 million streams, BOO Seeka's catalogue has dominated national airwaves, speakers and headphones everywhere since their since their inception in 2015. Lyrics to tracks like 'Does This Last', 'Turn Up Your Light', 'Humans' and 'Deception Bay' are now ingrained in the Australian indie music fan vernacular. Also making waves abroad, their music has received airplay on stations such as KCRW (USA), and on XFM in the UK.

Expanding their sonic world and ever-improving their high energy live show, Ben 'BOO' Gumbleton and Michael May are feeling fresh and as ready as ever to unleash a whole new catalogue on loyal followers and newly enamored fans. They're joined on all 'Millennium Drive' Australian Tour shows by good friend and party starter TUKA for this winter jaunt that will be anything but chill.